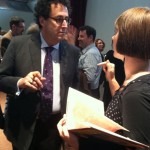 Directed by Trisha Denton in collaboration with Wendi Stein and Sharon Panitch of Theatre Kavanah. With Rebecca Mack as Music Director, a live pit orchestra and children’s choir accompany the cast. Brundibar is a children’s opera written by Jewish-Czech composer Hans Krasa in 1938. This production has a contemporary libretto by Pulitzer Prize winning playwright Tony Kushner. 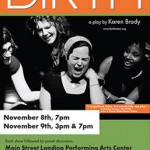 Birth is a documentary-theater piece featuring birth stories based on ethnographic interviews with over 100 women in contemporary America. The piece was staged in 2013 at Main Street Landing in Burlington as a benefit for the Vermont Midwives Association and The Vermont Birth Network. 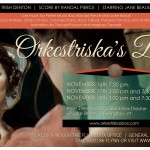 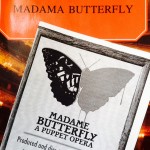 In 2005, Viva La Voce Puppet Opera was founded by Vermont opera singer Roxanne Vought. According to scholar, Malgorzata Szulc, VLV is the only company of its kind left in the western world. Live singers, classical musicians and vocal actors present grand-scale opera in miniature proportions.