About In Tandem Arts

Programs are designed and implemented by artist and educator, Trish Denton, often accompanied by a team of interdisciplinary artists. 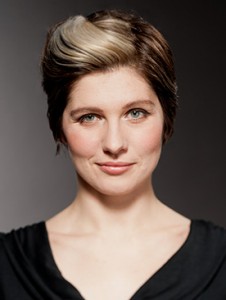 Trish Denton hails from the spaces in between Detroit and Flint, Michigan. The interdisciplinary artist crafts original works for the stage, borrowing from folklore, magic realism, and the oral storytelling tradition. A first generation college student, Trish put herself through school as a street performer receiving a BA from Goddard College. Following school, she was the Artistic Director of ClothingChange, an organization that facilitated collaborations between artisans in developing nations and young, urban makers. The project partnered with The Green Festival, Pure Detroit and Marketplace: Handwork of India to produce fashion shows as educational events.  Relocating to Vermont, Trish made her living as a children’s theater director, directing countless productions with Burlington’s Very Merry Theatre. She served as co-host to the rabble-rousing Spielpalast Cabaret from 2008-2011 and toured with the company to the Edinburgh Fringe Festival. The fringe inspired her to write and direct her first full-length show, the silently surreal Orkestriska’s Box. A collaboration with Thought Faucet and The Porter Music Box Museum, this multimedia production premiered at the end of 2012. The following year, Trish collaborated with the Vermont Birth Network and Vermont Midwives Association to mount BIRTH, a documentary-theater piece based on ethnographic interviews concerning birth in America. True to ITA’s style, the production featured a mixed cast of doctors, nurses, performing artists and newcomers to the stage. In 2013 Trish was selected among the top teaching artists in the pilot of ArtsConnect, an inclusive pedagogy for integrated arts curriculum. She went on to train with master artist Ping Chong on the process of conducting community-based research and interviewing for the stage. While pursuing an advanced degree from Dartmouth College from 2014-2016, Trish was involved with Telling My Story, an applied theater project using theater and ethnography in correctional and rehabilitation facilities. During this time, she also became active with JAG Productions, a black theater company based in White River Junction. She continues to serve on the design team with this award winning company. With an MA in Pedagogy and Performance Studies, teamed with professional training from the Flynn Center for The Performing Arts, Vermont Arts Council, St Micheal’s College, and Vermont Folklife Center, Trish is skilled in the design of innovative arts and education programming for museums, schools and cultural institutions. With this leadership, In Tandem Arts creates projects that fuse community, art, and education. ITA also functions as a production company for socially-engaged productions in partnership with larger organizations. ITA has partnered with Shelburne Museum, Burlington City Arts, Shelburne Farms, Porter Music Box Museum, and Bonaroo Music Festival. 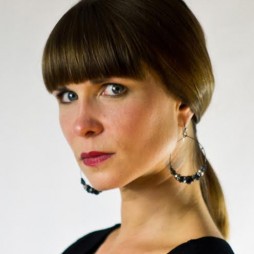 Laura Wolfsen is a performer, choreographer and teaching artist in Vermont. Recent performances in VT include,  “Anne” in A Little Night Music and “Rosa Bud” in The Mystery of Edwin Drood at The Skinner Barn Theater, a featured performer and choreographer in Orkestriska’s Box at the Black Box Theater, and a lead vocalist in the Gershwin Review at the Spruce Peak Performing Arts Center. Laura trained professionally at Circle in the Square Theatre School in NYC. She has enjoyed teaching dance and theater at UVM and the Flynn Center for the Performing Arts. She is currently working hard on her newest creative project, raising her one year old son! 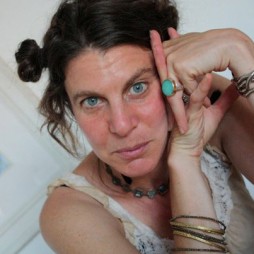 Genese Grill is an artist, writer, teacher, and cultural conspirator specializing in harnessing the transformative power of the imagination in the service of human enlivenment. She is author of The World as Metaphor in Robert Musil’s The Man without Qualities (Camden House, 2012), a scholarly work exploring the process by which metaphors and images work to create our vision of the world. Currently, she is working on a room-sized illuminated accordion book inscribed with a text about the history of books as objects, and collaborating with high school students on a “Walking Book” installation in the woods of Monkton with The Walden Project, where she is artist-in-residence. 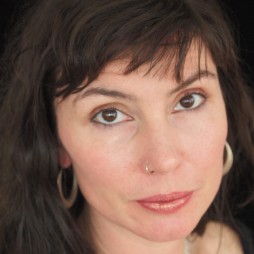 Rebecca Mack is a visual artist, performing musician, educator and mother, living and working in the Old North End neighborhood of Burlington, Vermont. An active exciter of extra-institutional scholarship, her studies currently focus on themes of human development across the lifespan, the relationship of descriptive language to scientific inquiry in children, and the theory and history which support her practice as a performer of Eastern European and Jewish folk music. Turntablism and graffiti, two of the five elements of hip-hop culture, are ever present in her work as a visual and sound artist. Mack feels that her work as an artist would be incomplete without her work as teacher; the creativity and vitality of the youth with whom she works is the main nutrient of her music and art.